On Friday, December 11, 2015 the NJSBDC hosted business owners and leaders in higher education and economic development in recognizing successful NJSBDC business clients from around the State. Their inspiring stories bring us together to celebrate business development and growth. We are proud to announce that the 2015 Success Award winner for Monmouth and Ocean Counties is Altagracia Sanchez, owner of Jesse’s Beauty Salon. 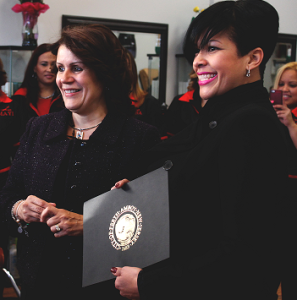 Altagracia Sanchez came to the United States at age 15 from the Dominican Republic. She had an amazing work ethic from the get-go. Altagracia, aka “Jessie” went through cosmetology training while still attending high school and starting working in a salon right away. She started at the bottom…first sweeping floors, then shampooing hair and worked her way up, all along the way studying trends and best practices and watching and learning from senior stylists. After Jessie completed her apprenticeship she decided that instead of working for a salon, she would own one.  Jessie took a very smart bootstrapping approach to starting a business and chose to join forces with an existing nail salon to control costs. She bought used equipment for this shared space and started with a lean but solid foundation. Jessie’s salon and the nail salon soon grew to a point where they had to move to a larger space, yet still remaining in the area of Perth Amboy, NJ where their loyal and growing customer base was located.

Jessie discovered the ASBDC New Jersey at Brookdale Community College in a passing conversation to a client about growing her business. In reaching out to our office, Jessie found that she would benefit from a change in legal structure and becoming informed on good business practices.  The ASBDC assisted Jesse in creating the new structure and continued on with her as a trusted advisor for business development, operations and human resources.

Jessie recently took her business to the next level in the last quarter of 2014 with the support of her family.  She ventured out on her own and opened Jessie Beauty Salon in Perth Amboy and quickly went from five employees to nine employees. The City of Perth Amboy issued a proclamation to Ms. Sanchez and Jessie Beauty Salon along with hosting a ribbon cutting event with Mayor Wilda Diaz.

Jessie’s hard work, dedication and smart approach to business development has led her to her previous and continuing successes and we at the ASBDC New Jersey at Brookdale Community College are proud to be part of her business growth team.

How can we help you?

Get valuable information. Simply enter your email address below. 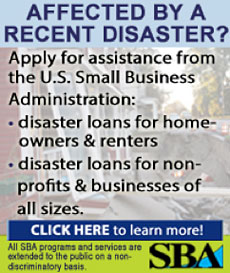