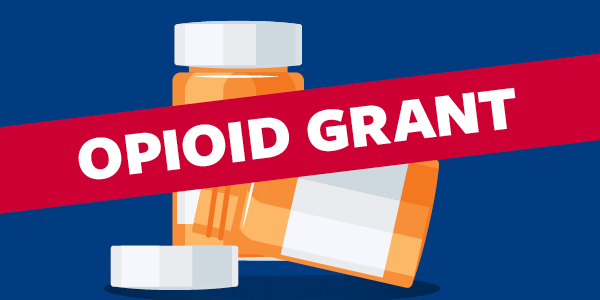 WASHINGTON – In 2010, there were an estimated 1,000 deaths by overdose in New Jersey, 50 percent of them blamed on controlled substances. A decade later, fatal overdoses claimed more than 2,938 residents’ lives. Of those, controlled substances, including opioids, led to 2,585 – or nearly 88 percent – of these deaths.

To help combat the growing opioid epidemic in New Jersey, the U.S. Department of Labor today announced the award of $3 million in incremental funding to the state’s Department of Labor and Workforce Development to support job creation and workforce training services in nine counties. The award will support efforts in Atlantic, Camden, Essex, Hudson, Middlesex, Monmouth, Ocean, Passaic and Union counties, which have suffered significant social and economic impacts from widespread opioid use, addiction and overdose.

Supported by the Workforce Innovation and Opportunity Act of 2014, Opioid Disaster Recovery Dislocated Worker Grants create temporary jobs in peer recovery positions and provide services to reintegrate workers affected by the opioid crisis back into the workforce.

In October 2017, the Department of Health and Human Services declared the opioid crisis a public health emergency. The Centers for Disease Control and Prevention estimates more than 140 Americans die from drug overdoses, 91 specifically due to opioids each day.

Administered by the department’s Employment and Training Administration, the award is the second allocation of a $9 million National Health Emergency Dislocated Worker Grant awarded in April 2020, with $3 million released initially. State officials estimate the award will support the creation of jobs and provide workforce training for approximately 900 people.

Learn more from the National Institute on Drug Abuse about overdose deaths in New Jersey.