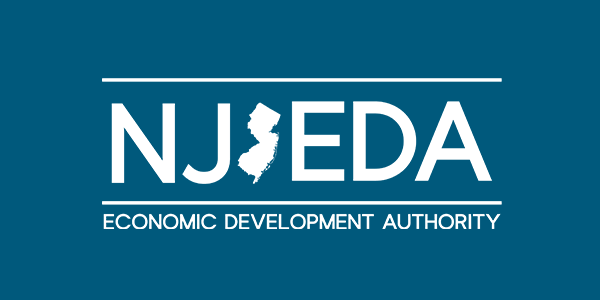 Trenton, N.J. (April 13, 2022) – The New Jersey Economic Development Authority (NJEDA) Board today approved the creation of the New Jersey Innovation Evergreen Fund (NJIEF), a groundbreaking new tool to increase access to strategic resources and venture capital in New Jersey. The NJIEF will create partnerships between the state and the private sector to collaboratively align New Jersey’s well-resourced corporations, and national investors to support entrepreneurs and grow the innovation economy in the state.

Under the NJIEF, the State will become an equity investor in startups deploying up to $600 million into companies alongside professional venture capital groups. This strategic investment will not only support New Jersey’s entrepreneurs, but will also ensure that more companies start, grow, and stay in state. Established by the New Jersey Economic Recovery Act of 2020, the NJIEF is an innovative tool designed to incentivize investment in emerging New Jersey companies while creating mentoring, networking, and educational opportunities to help position these companies for success.

The New Jersey Innovation Evergreen Fund is a groundbreaking public-private partnership that will fuel our innovation economy by attracting entrepreneurs and venture capital to the state,” said Governor Phil Murphy. “The NJIEF draws on the strengths of New Jersey’s world-class corporate leaders to create a steady stream of investment and expertise that will nurture the next generation of innovators. By fostering investments in entrepreneurship and start-up companies, we are driving job creation and economic growth for New Jersey.”

The concept for the NJIEF was first announced in October 2018 as part of Governor Murphy’s economic development strategic plan The State of Innovation: Building a Stronger and Fairer Economy in New Jersey.

“New Jersey has long served as fertile ground for inventions that changed our world – from Thomas Edison and the creation of the lightbulb to Beatrice Hicks and the development of a switch that helped land the Apollo spaceship on the moon,” said New Jersey State Senator Andrew Zwicker. “Our state has a long history of investing in entrepreneurs, and the NJIEF is a key component of reclaiming New Jersey’s leadership role in innovation by creating a vibrant culture of investment that is dedicated to growing the companies of the future.”

“When entrepreneurs think of leaders in innovation, New Jersey should be at the top of their list,” said NJEDA Chief Executive Officer Tim Sullivan. “The NJIEF will not only serve as a novel approach to investing in entrepreneurs, but also a key contributor for job creation and sustainable economic growth. Today’s announcement serves as a testament to Governor Murphy’s leadership in growing NJ’s innovation economy by investing in New Jersey companies and startups.”

The seed capital to launch the NJIEF will be raised by auctioning up to $300 million in transferrable tax credits — with an annual cap of $60 million during each of the first five years after program launch — to corporations registered to do business in New Jersey. Corporations seeking to purchase the tax credits must commit to supporting the state’s innovation economy through activities such as mentorship, internships, sales and distribution pipeline access, and availability to serve on the NJIEF Advisory Board for one year.

Auction bids will be evaluated according to price and the specific strategic commitments the bidding company makes to support NJIEF’s portfolio companies and the state’s broader innovation ecosystem, including networking and mentorship opportunities. Once the funding is raised, the NJEDA will partner with professional venture capital firms operating anywhere in the country to co-invest the funds in eligible high growth businesses in New Jersey.

Full details on the NJIEF are available at https://www.njeda.com/economicrecoveryact/. The NJEDA expects to launch the NJIEF later this year.

Article Courtesy of the NJEDA